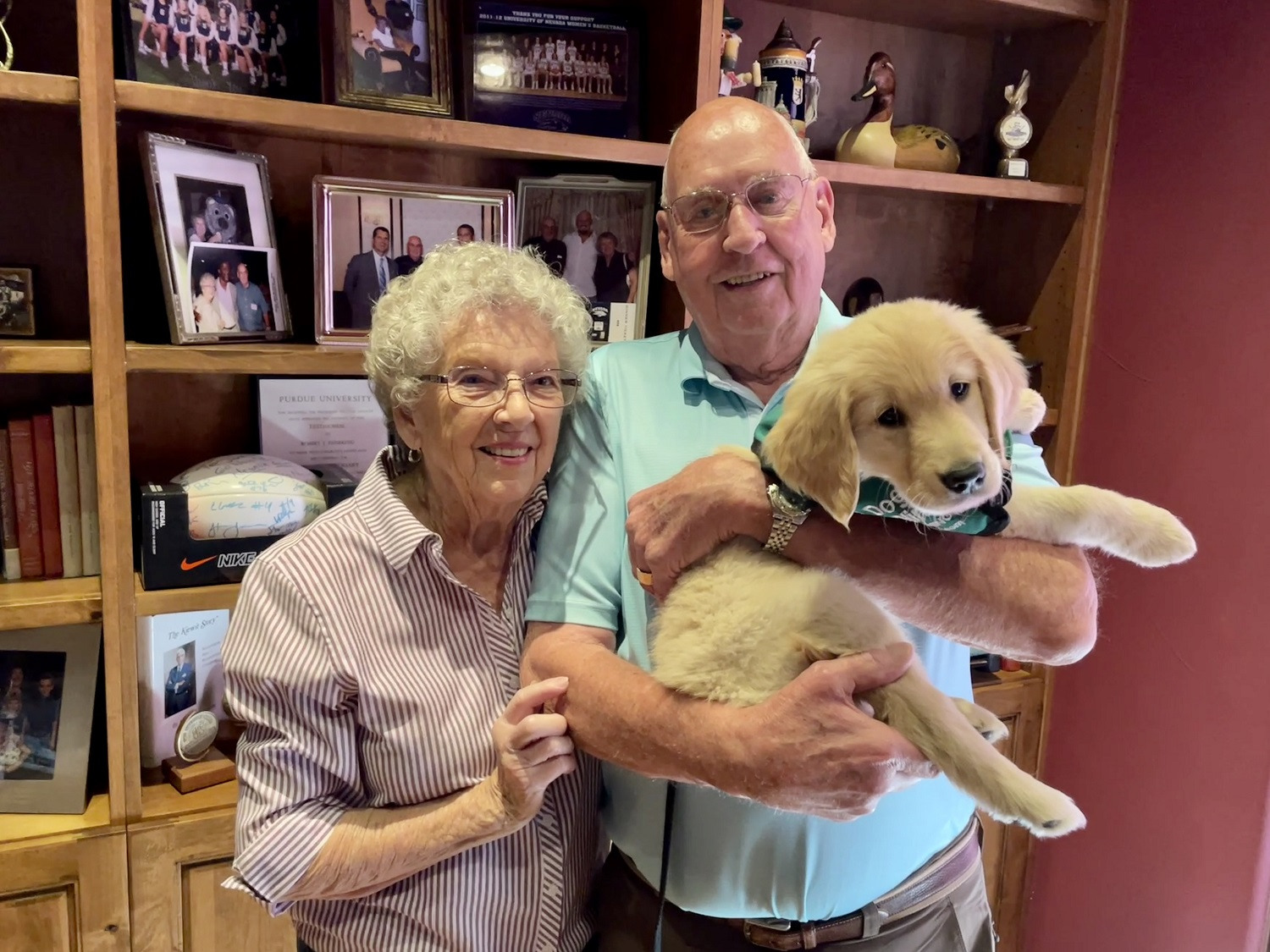 It’s not every day that you meet a couple who has been supporting Guide Dogs for the Blind (GDB) for 37 years. Even Reno, Nevada residents Jerry and Roxie Enneking can’t believe they’ve been donors for nearly 40 years, but both are happy to count themselves as some of GDB’s most loyal supporters. “I guess it’s been a long time,” laughs Jerry.

Jerry and Roxie began donating to GDB when their middle daughter Becky began attending school to become an animal health technician. Becky later went on to establish the Animal Control Department for the city of Lathrop, California. Through her work, she met GDB President and CEO Christine Benninger, who at the time, was President and CEO of the Humane Society Silicon Valley. When Christine left the Humane Society and began working at Guide Dogs for the Blind, she and Becky kept in touch. “Becky always loved animals, particularly dogs, so we got to know the organization and Christine because of her interest,” explains Jerry.

One of their first encounters with GDB was when the Ennekings adopted a career-change dog named Lucky in the mid-1970s. “Having Lucky made us aware of how much love and work goes into these dogs, even the ones that are career changed,” says Jerry. He recalled how Lucky loved to swim in their pool and loved jumping off the diving board. “He was also very protective of children who were swimming in the pool and would gently grab kids by their arm and pull them into the shallow end.”

After attending numerous events through the years, the couple became more impressed with the way GDB was run and its supportive community of donors, volunteers, and clients. “Everyone you meet at Guide Dogs for the Blind is so nice. The clients and the puppy raisers are all so impressive. I enjoy donating to GDB because donors totally support them – they receive no government funding. It’s so impressive how they operate and the job they do for people who are blind or visually impaired. It’s a real pleasure to help out.”

When asked if there is a particular program or service that GDB offers that resonates with them, both Jerry and Roxie replied in unison “all of them!” The two do say they were extremely moved after seeing a video showing how a K9 Buddy changed a young child’s life. “Boy, you better have a box of Kleenex when you see a kid with a K9 Buddy,” says Jerry. GDB’s K9 Buddy program matches specially selected dogs to become wonderful pets and buddies to people who are blind or visually impaired, including children and their families, and adults of all ages.

To date, the Ennekings say their most significant gift was naming a dog run in GDB’s Puppy Center in memory of daughter Becky, who passed away in 2020 from breast cancer. The two are also Legacy Society members. GDB’s Legacy Society honors the generosity and vision of those who have chosen to include Guide Dogs in their estate plan. Benefits of membership in the Legacy Society include invitations to regional events.

“Our experience with the organization has been very rewarding,” says Jerry. “To meet people who have been partnered with a guide dog is very inspiring. If more organizations had the philosophy and drive and were run as well as Guide Dogs for the Blind, this would be a better world.”

Click here to learn the many ways you can help GDB