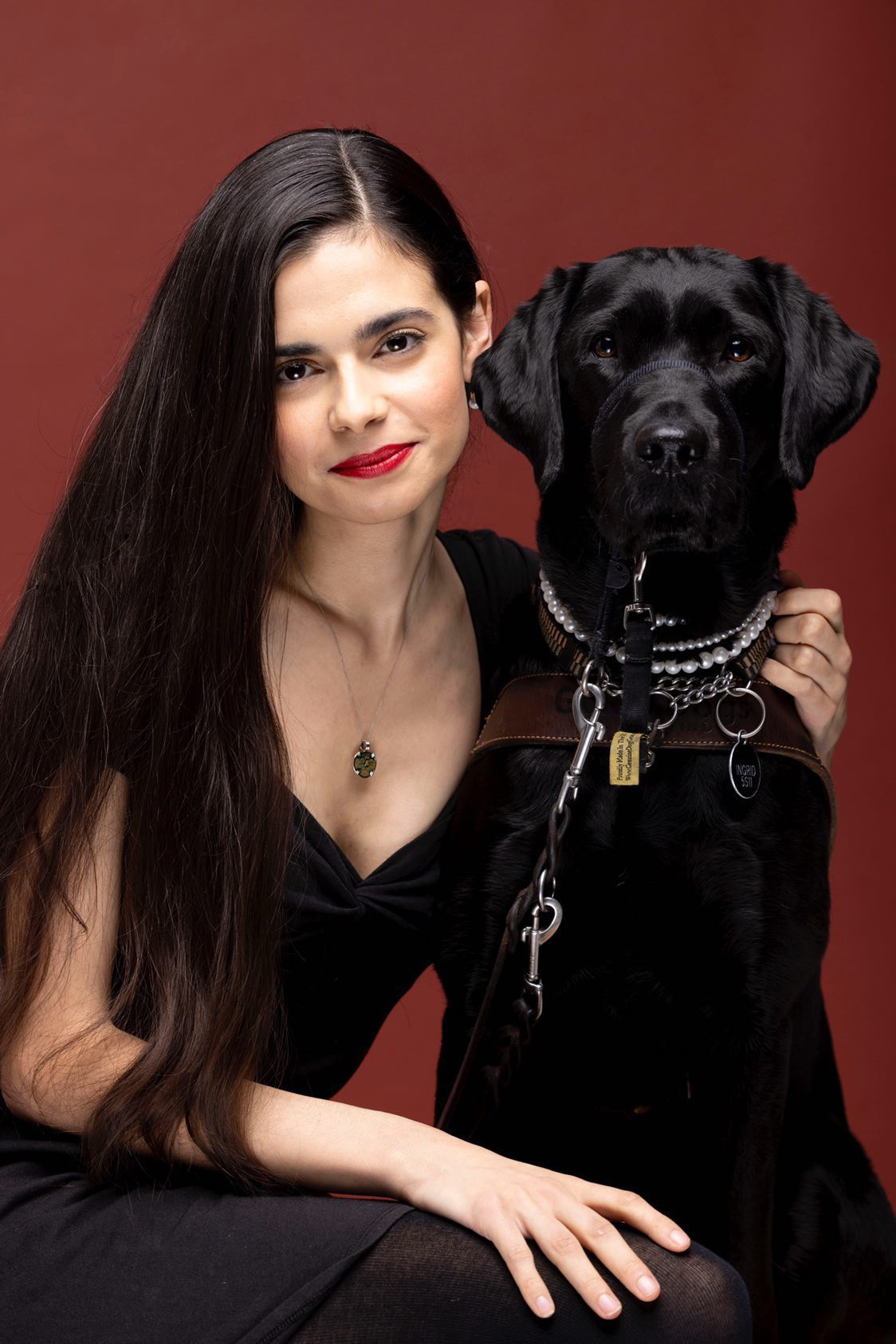 “If only life were like a Jules Verne novel, thinks Marie-Laure, and you could page ahead when you most needed to, and learn what would happen.” Anthony Doerr, All the Light We Cannot See

If you had asked GDB grad, Aria Mia Loberti, a year ago what would come next in her story, she may not have been able to dream up this new chapter in her life.

In December 2021, Netflix announced that following a world-wide casting search, Aria would be portraying the lead character, Marie-Laure, in their upcoming adaptation of the best-selling novel, All the Light We Cannot See by Anthony Doerr. “Not in a million years did I think anything like this would ever happen to me,” says Aria, who auditioned for the central role in the film despite having no previous professional acting experience. On working with the creative team who insisted on finding an actor who was blind or visually impaired for the role of a young woman who is blind and living in occupied France during World War II, Aria says, “they are the stuff dreams are made of. I am massively lucky. More lucky, and humbled, and grateful than I can express.”

“I am sensitive to the extent of this responsibility and what this character means for blind and disabled people, blind girls in particular,” says Aria. “A blind lead portrayed by a blind actor. This is a significant leap forward for disability inclusion, rights, and representation on screen and beyond. I will never not feel the weight of that, and I will bear it proudly and use it as a catalyst for positive change, equity, and breaking down barriers.”

Aria, who was matched with her guide dog, Ingrid, in 2017, is no stranger to new challenges and adventures. After graduating with honors from University of Rhode Island in 2020, the disability rights activist was awarded a Fulbright Scholarship that took her and Ingrid to the UK where Aria received her Master’s degree with distinction from Royal Holloway in 2021. The team has since returned to the US to pursue another life-long dream: earning her Ph.D. at Penn State. Ingrid has been by Aria's side through all of the ups and downs, and Aria has previously credited her guide dog with giving her the confidence and increased independence that she has needed to take on new adventures in her life.

As for Ingrid, the 6-year-old black Lab who was raised by volunteer puppy raisers in Southern California, and trained at GDB’s California headquarters, we don’t expect that she will play a role in the film. But we suspect that the stunning and well-mannered dog, known by friends and classmates for the string of pearls that she wears around her neck, will endear everyone on set and beyond just as she has for the last four and half years.

To learn more, you can read the December 9th announcement about the series, the casting process and Aria.