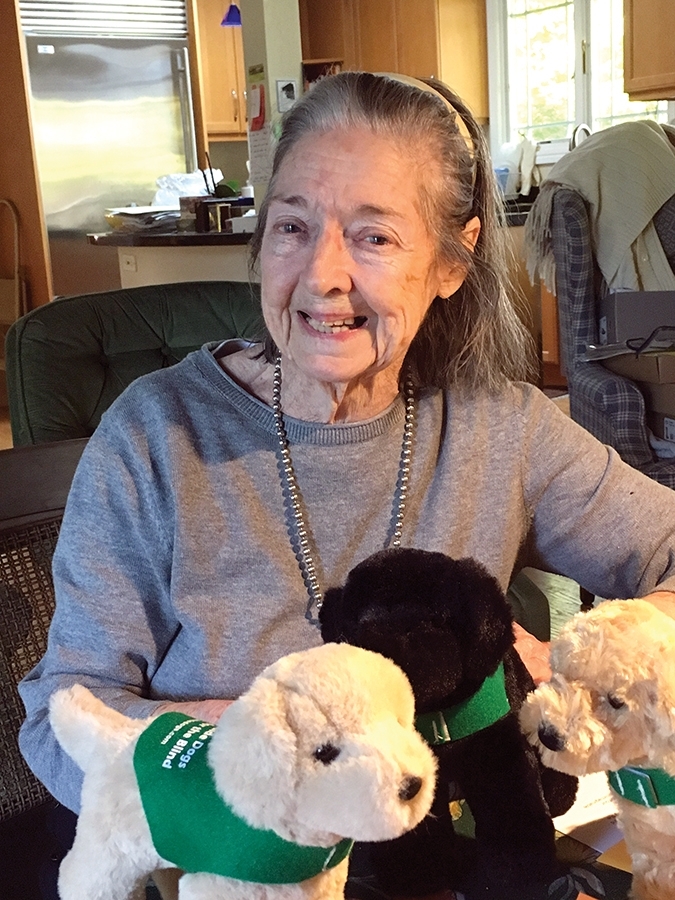 Leslys Garrow Vedder’s philanthropic endeavors are rooted in the love she has for her late husband, Dr. James (Jim) Forrest Vedder. Leslys and Jim were married for 44 years and shared a love of animals and a passion for helping people. “For many years, Jim and I have always supported organizations that are important to us. And, now, later, I am able to do more. All of my charitable gifts are in his memory.” Her involvement with GDB stems from an appreciation for our life-changing mission and her late husband’s visual impairment. He lost an eye as an infant and received a prosthetic eye while attending the University of California, Berkeley while doing graduate work. While he never had a guide dog, she keeps her husband’s memory alive through her generous support of the GDB mission.

Jim was a research scientist, with Lockheed Missiles and Space Division, and later with the National Aeronautics and Space Administration (NOAA), both located in California. He retired in 1992 as a research scientist at San Jose State University Foundation, Moffett Field, California. Career accomplishments include a patent and a business proposal for high altitude aircrafts instruments. Following his career as a scientist, Jim became an astute archeologist working across the globe with a keen interest in Greek pottery.

Leslys was born in England and moved to the U.S. as a child. She currently lives in Los Altos, California. She too briefly attended University of California, Berkeley. After meeting Jim in her later years, together they purchased, restored, and lived in 12 houses in Piedmont, Pebble Beach, Carmel, and Los Altos Hills.

Guide Dogs for the Blind is so grateful to our generous donors like Leslys Vedder. Recently she honored her beloved husband with a $100,000 donation. Their generosity will make a profound difference in both the lives of our clients who are blind or visually impaired, and the dogs we breed and train to partner with them. Guide Dogs for the Blind extends a heartfelt thank you to Leslys Vedder.