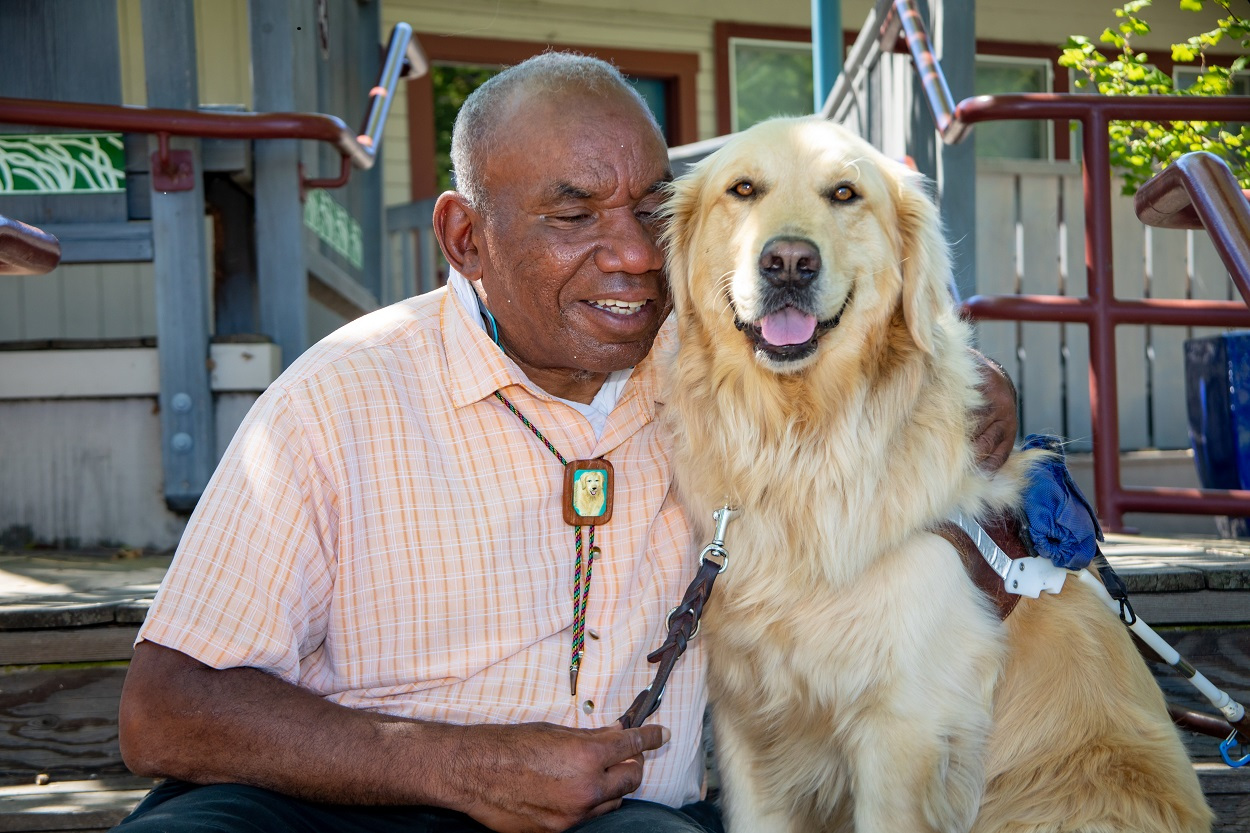 Growing up with a visual impairment, Tony Lewis became very proficient at using a cane. As an adult, he had a successful career in the field of social work and rehabilitation counseling. But it wasn’t until he was retired that he considered getting a guide dog after a friend and guide dog user encouraged him to explore the guide dog lifestyle.

“Her guide dog was very well-behaved, and I saw how much faster she got around. On walks, she’d be a block ahead of me.”

Tony applied to GDB for a guide dog. A few months later, he accompanied his friend to a GDB fundraiser where he met a puppy named Jagger.

Little did he know that a year and a half later that puppy would become his guide dog. “I believe now it was meant to be,” Tony says. In 2018, Tony was matched with Jagger, a Golden Retriever.

Tony says the training and services at GDB are top-notch. “The staff is great. The dormitory is really nice. The people you meet in training, the friendships you make – lifetime friendships with people in the same boat – that’s all great. And you get a lot of follow-up support after graduation.”

Today, Tony is loving life with his best friend. “Jagger has an extremely good temperament, he’s focused, and well-behaved. People come up to me and say how amazed they are at his manners. He’s helped me connect with a lot of people.”

Tony volunteers at nursing homes and takes Jagger to meet the residents there. “I’ll take the harness off and let people pet him. He’s so calm and good in that way. He’s pretty perfect.”

Click here to learn more about our guide dog program.